by Paul Dillon (of DARTA) 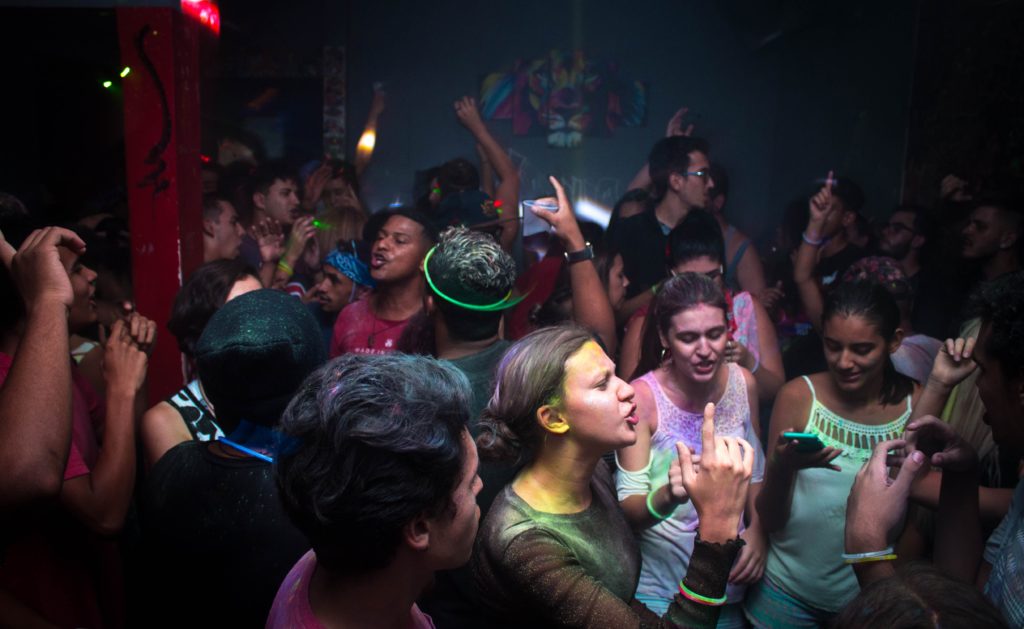 There is something both exhilarating and scary about the freedom that comes with being a teenager. Some of the teens I chat with mention how much they love going out with friends, but feel conflicted about the peer pressure around sleepovers, parties and alcohol. While some see alcohol consumption as a ‘right of passage’, others say they feel confident enough to go to a party without having to drink. Others still, avoid sleepover parties altogether, because they don’t like the general atmosphere at alcohol infused gatherings. In each of our homes we will have teens who fit into these categories. How can we prepare our children for High School parties and sleepovers, where drinking might be involved?

As both a parent of teens/YAs and a professional working with teens, Paul Dillon is my absolute go-to expert on drugs and alcohol. I have heard him speak many times. He is engaging and humorous and most of all, up to date with the latest facts and behaviours around teens in this area. I mentioned Paul in my post, ‘Parties and Alcohol – do parents have any influence on teens?‘  Paul has also contributed to my book. Here he talks with us about sleepovers and party culture.

If you’re a parent of a child in Year/Grade 9 (approx 14 years old), it is incredibly important to prepare yourself for the upcoming 12 months when it comes to sleepovers, parties and gatherings. Getting things right early can prevent lots of problems in the year (and years) ahead.

The party culture begins to build in Year 9, sometimes very quickly. Although most young people at this age will choose not to drink, alcohol starts to become a part of their socialising experience, usually at pre-parties, with a small but influential group regularly drinking. Some to excess. In addition, for those of you with daughters, some more mature Year 9 girls begin to get asked out by young men a couple of years older than them to be their plus 1 (partner to an event) – More on dating here. As a result, these very young women subsequently find themselves invited to Year 10, 11 and even Year 12 events where alcohol is far more likely to be available.

When I visit schools I so often hear something along the lines of,

“We’ve got some real issues with our Year 9 cohort” and “There’s some real partying going on in that group.”

It’s usually a small group who are involved, but they’re loud, obvious and everyone knows who they are. Some can make life pretty difficult for their peers.

Parents often find themselves blindsided by this almost ‘seismic shift’ in social activity and are completely unprepared for the pressure that is applied by their child (as well as other parents), to allow them to attend events on a Saturday evening. With the beginning of the new school year it’s the Year 9 parents, particularly those who have not yet started to experience the party issue, who have most probably got the most to gain from starting the year off right.

You may not think it will happen to your child, but it is important to take a little bit of time to clearly outline your expectations. Establish some rules and boundaries, when it comes to parties, sleepovers and alcohol.

The ‘middle years’ are a great time to become clear about some of the key issues this age group will face. Year/Grade 9 is the time often referred to as ‘middle adolescence’ – the time when the search for identity becomes a central concern. Teens start to pull away from their parents and their peer group becomes even more important. They’re maturing and growing up. Many are physically changing and beginning to look much older, particularly the girls.

Some parents find themselves in a really difficult place. They can see that their child is growing. On one hand, they need to let their teen start to make some of their own decisions and trust them ‘to do the right thing’. Parents also want to give their child the opportunity to create their own identity and establish where they fit in the world.  But, on the other hand, they want to keep them as safe as possible during this potentially very tricky time. And that involves maintaining rules and boundaries.

But, the year of the sleepover party

For many, Year 9 is the year of the ‘sleepover’ (as well as the party or gathering). Instead of making the call to host parents and dropping their teen off at the home and then picking them up afterwards, parents begin to get increasing pressure (from their child, but also friends and family members) to loosen the rules a little and let their child fly a little more. Of course, you have to trust your teen at some point, but is Year 9 the time to do it, particularly when it comes to huge sleepovers, parties and alcohol? Far from it! (Collett’s comment – Not all sleepovers have to be off limits. i.e Those between a few close friends or family friends, where parents feel comfortable might be ok with you. Paul is talking about a specific context here.)

Paul’s tips on sleepovers and parties:

1.   Don’t be bullied into making decisions.
Gather the information you need to make an informed decision, and if they tell you they need to know now – the answer is ‘no’. Take your time and get it right. If both parents are on the scene, make it clear that both of you make decisions around sleepovers and parties. Teens are extremely clever at setting up one parent against the other and it is vital that you display a ‘united front’ here. Make it clear by telling them – “Don’t come to me, don’t go to them – come to us!”

2.   Know where your child is and who they are with.
No parent likes to hear this (and many refuse to believe it) but at this age some teens are likely to start lying about where they are planning on going. If you want to let it slide, that’s up to you, but you’ll never forgive yourself if something terrible happens. At this age you should still take your teen to where they’re going and pick them up. Don’t leave it up to someone else, if you can possibly help it.

3.   Always call the host parents.
Speak to them and find out some basic information about supervision and whether alcohol will be provided or tolerated. Your teen is not going to like this and they’ll most probably tell you that you’re ruining their life – but that’s your job! If they tell you that they hate you – respond with,“But I love you …”

4.   Create rules and consequences and stick to them.
If you haven’t done this already, the beginning of Year 9 is a great time to have a family discussion about the rules you have around parties and alcohol. The consequences of breaking those rules should also be clearly laid out and agreed to by your child. They can’t say they’re unfair later if they’ve agreed to them. Most importantly, if you don’t follow through, should a rule be broken, it makes it all the more difficult to set boundaries the next time The first time you buckle and let something slip, you will lose your credibility and your rules will become totally ineffective. (Collett’s note – all is not lost however. It will just take a little longer for your teen to learn that you will follow through on boundaries broken. And you may be tested for a while.)

5.   If they don’t like the rules, they’re most probably perfect.
But remember, reward good behaviour and modify the rules as they get older to make sure they’re age appropriate (see ‘Choose your battles’ below).

6.   If things start to get out of control, get help.
Too often parents leave it too long to seek help when things go wrong. If your teen is climbing out of the window on a Saturday night and not coming home, that is not normal behaviour. You can always start with the school counsellor, or even your GP, but make sure you talk to someone. Get professional advice if things start to get too difficult.

With teens of this age, it is also incredibly important to ‘choose your battles’. You and your partner need to identify what your ‘non-negotiables’ are (i.e., those things you won’t compromise on) and spell them out clearly to your teen. They are often behaviours related to safety and wellbeing.

If you fight with your teen about everything, your life (and relationship with them) will become very difficult. If you let the things that really don’t matter (i.e. have nothing to do with personal safety and more to do with your personal disappointment, e.g., “You’re not going out dressed like that!”) slide once in a while, you’ll find yourself having a much easier time. Yet, if your 14-year-old wants to sleepover at someone’s house or go to a party and you don’t think that it will be safe, this is where you do stick to your guns, and the rules and boundaries do come into play. When you have made the decision that you’re not going to give your permission, say ‘no’, make it clear why you’re saying it and don’t back down!

It’s not all about saying ‘no’ to everything. This is not about being strict or oppressive. Letting a 14 year old have a win occasionally can make family life so much more pleasant.  If you want a warm and positive relationship with your teen, particularly in the middle years, you need to always be on the lookout for opportunities to allow your child to do something. If it looks safe and you feel comfortable – say ‘yes’! Wrapping them up in cotton wool and saying ‘no’ all the time is not healthy either. 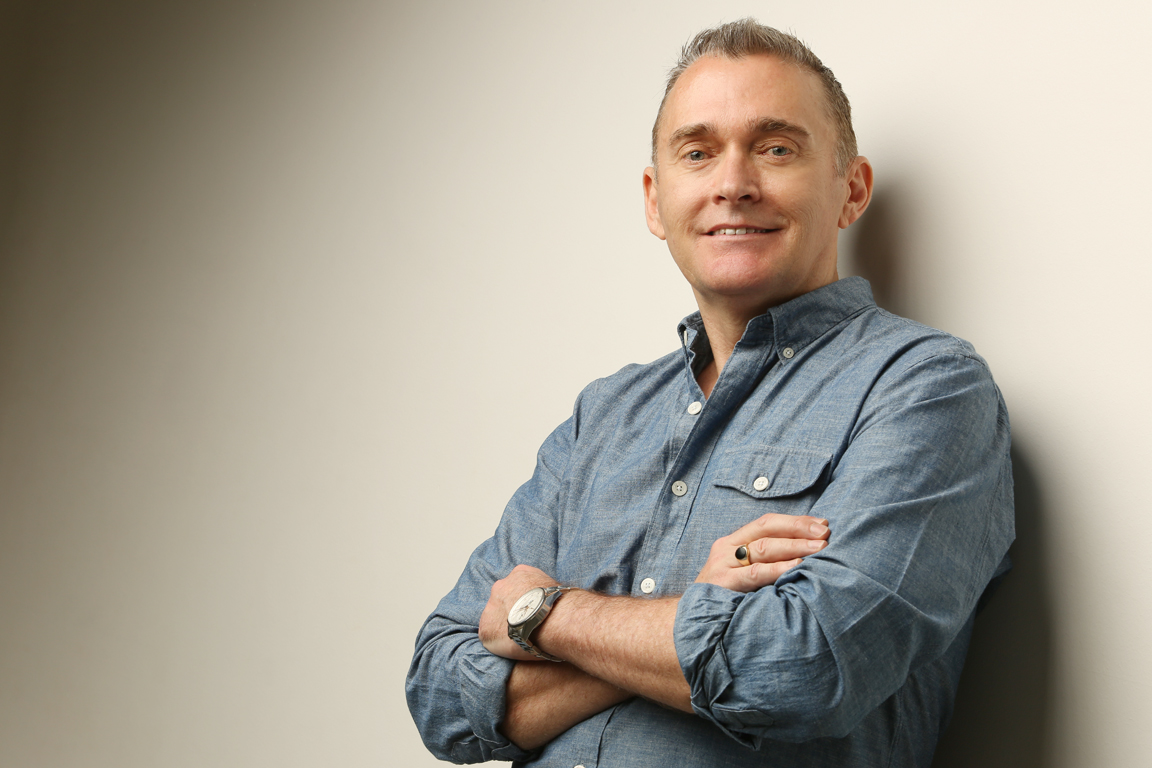 Paul Dillon is the Director and founder of DARTA and he is passionate about ensuring that the community has access to accurate and up-to-date alcohol and other drug information. Find out more at Drug and Alcohol Research and Training Australia (DARTA). Used with permission. My name is Collett Smart. I am a psychologist, qualified teacher, speaker and internationally published author. I have 25 years’ experience working with young people and their families, in private and public schools, as well as in private practice. I am also ‘Mum’ to 3 children. 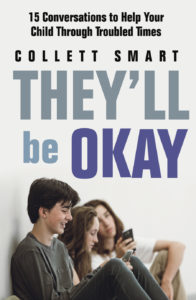 "They’ll be Okay is an essential parents’ toolkit.  Positive and practical.  It is packed with good advice for parenting through all your child’s ages and stages.”

“I was immediately drawn in ... pitched so well in tone and content – readable but not dumbing down the subtlety or complexities of relating ... I am finding my thoughts extended and understanding deepened by reading it. It’s really WELL DONE!”

"THEY’LL be OKAY is brimming with awkward subjects and actual questions from teens/tweens. Smart supplies practical tips for dealing with them. Parental feelings of helplessness are likely to diminish substantially - replaced by confidence"